The Experience of Post-Arab Spring Governments: Economy, Institutions, and Society

With the aim of going beyond the recurrent image of the “Arab transition”, this initiative presented a specific analysis of the state of the art and the possible developments in the power balance of the Mediterranean region, concretely dealing with the policies adopted by governments affected by such phenomena on the socio-political, economic and institutional level. After two years from the Arab Spring, the entire region has been going through a complex period of transition, in which European institutions and companies can play a vital role in stabilising the area by promoting economic consolidation and supporting moderate political forces. Therefore, it was urgent to develop a reflection on the models, the experiences and the perspectives of such new governments based on political Islam in the Mediterranean area. Such reflection would be useful not only as far as politics and religion are concerned, but also regarding the economic aspects and management skills of the new governments, regarding the domestic and international realms, and regarding the current trend of military forces returning to power – as happened in Egypt.

This reflection compared Egypt’s case with Turkey, where the army had long been protagonist of a series of interventions and yet there is a Kemalist legacy that is totally absent from other countries. Despite this, the crisis elements and the non-negligible limits of the Turkish model have emerged.

The conference was promoted by CIPMO thanks to the support of the Ministry of Foreign Affairs and International Cooperation – Analysis, Programming Statistical and Historic Documentation Unit, of the European Commission’s Representation in Milan, of the Municipality of Milan, and of the Milan Chamber of Commerce.

Cristina Tajani, Councilor for Labor Policies, Economic Development, University and Research of the City of Milan; Lapo Pistelli, Deputy Minister of Foreign Affairs and International Cooperation; Olivier Roy, Director of the Mediterranean Programme at the Robert Schuman Centre for Advanced Studies at the European University Institute of Florence; Heliodoro Temprano Arroyo, Head of the Neighbourhood Countries and Macro-Financial Assistance Unit at the Directorate General of Economic and Financial Affair of the European Commission; Nathalie Tocci, Deputy Director of the Institute for International Affairs (IAI); Antonio Panzeri, President of the European Parliament Delegation for the Relations with Maghreb Countries and the Union of the Arab Maghreb; Leonardo Bellodi, Executive Vice President in charge of  Institutional Relations and Regulatory Affairs at Eni; Khalil al-Anani, Senior Fellow at the Middle East Institute, Washington DC; Alberto Negri, special correspondent for Il Sole 24 Ore; Janiki Cingoli, President of the Italian Center for Peace in the Middle East (CIPMO). 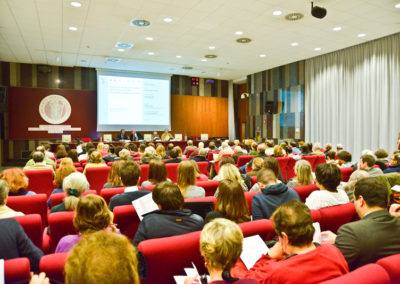 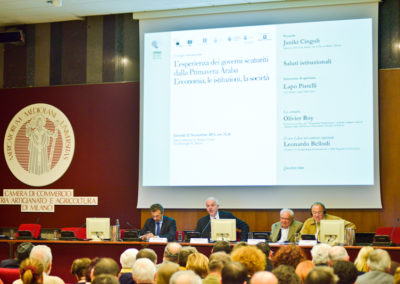 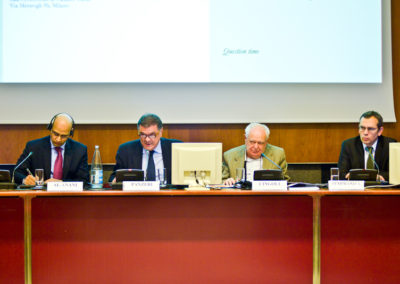 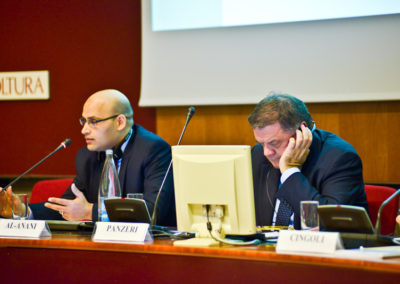 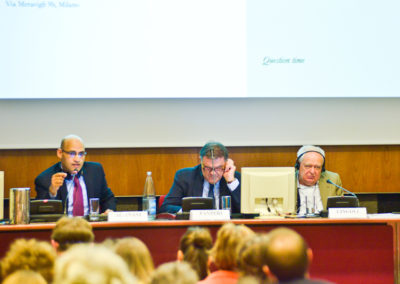 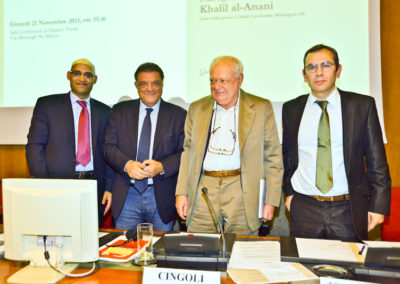 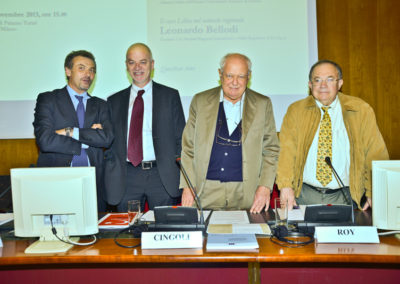 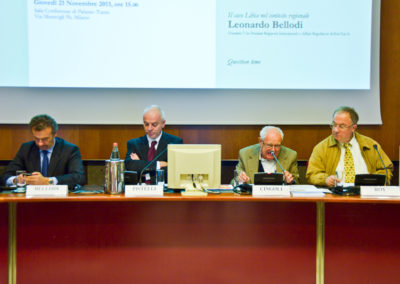