CIPMO has been among the reference organizations upon which the Municipality of Milan relied for organizing the official visits of the Mayor and/or of the City Council to the Middle East.

Among the numerous initiatives organized in Milan by CIPMO, together with the institutions of the city of Milan and the region of Lombardy, there is the visit of Queen Rania of Jordan. 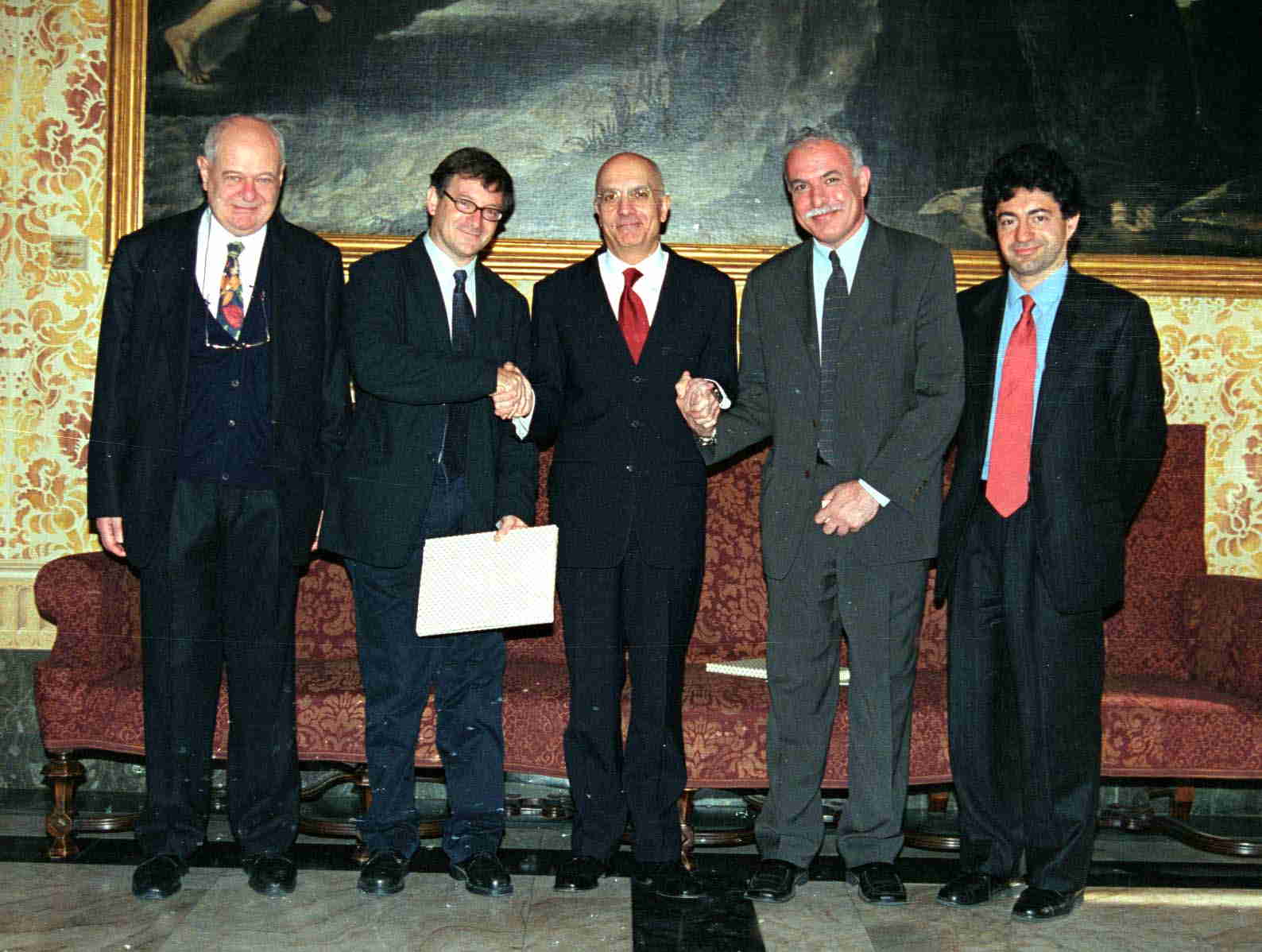 Photo 2004: The Mayor of Milan, Gabriele Albertini, shakes hands with the two heads of delegation, namely Ron Pundak, Director of the Peres Center of Tel Aviv, and Riyad al-Malki, Director of the Panorama Center of Ramallah. With them there were Janiki Cingoli, Director of CIPMO and Luca Fratini, Advisor from the Ministry of Foreign Affairs.

CIPMO has managed the organization of a mission of the Milan City Council to the Middle East. During the visit, meetings were held with (among others): Gideon Saar, Colette Avital, Hassan Abu Libde – Cabinet Chief Abu Ala, Maen Areikat – Director Negotiation Unit, Ghassan el-Katib – Ministry of Work and Planning, Hanna Nasaer – Mayor of Bethlehem.

Janiki Cingoli travelled to the Middle East as member of the mission of the Mayor of Milan, Gabriele Albertini. The delegation visited Jordan, the territories under the Palestinian National Authority, and Israel, while meetings were held with many personalities, among whom there were: Their Majesties the King of Jordan Abdullah II and the Queen of Jordan Rania Al-Abd Allah II; Shimon Peres, who would later on be elected President of Israel; and Mahmud Abbas, President of the PNA. 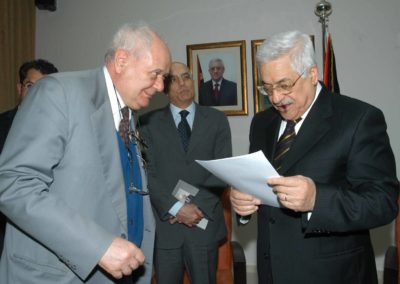 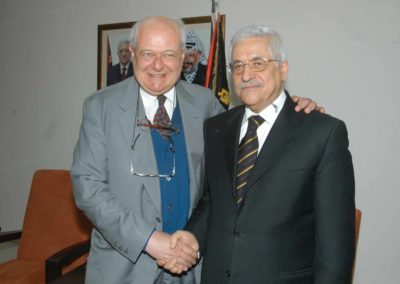 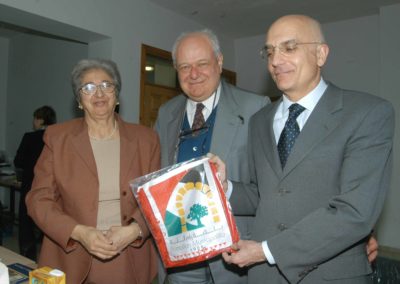 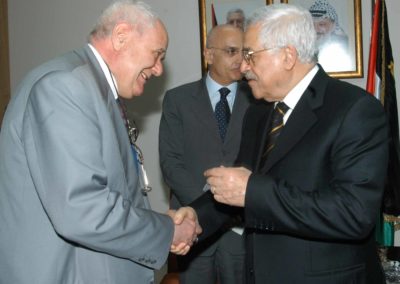 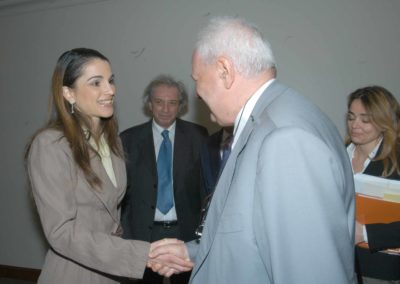 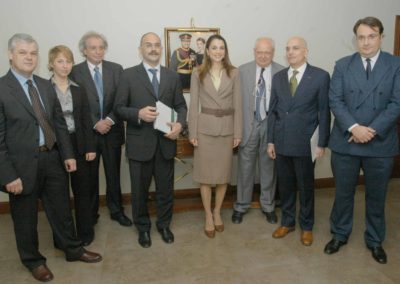 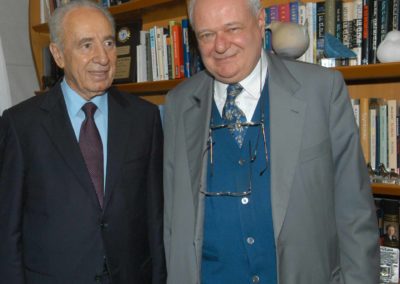 During Her stay, the Queen was awarded the golden medal for civil merit “Ambrogino d’Oro” by the Mayor, because of the role She had been playing in promoting cross-cultural dialogue and in supporting the role of women.

On that occasion, the Center has promoted, in collaboration with the Municipality of Milan, a conference at Palazzo Reale regarding the issue of “The Role of Women in the Mediterranean”, which was attended by the Queen, the Mayor, the Minister of Education Letizia Moratti, the City Councillor for Culture Salvatore Carrubba, and Antonio Ferrari, journalist for the newspaper Corriere della Sera.

The presence of Queen Rania in Milan was perceived as a positive and tangible contribution to the strengthening of the ideal alliance of all those politicians and civil society representatives who believe in the value of peaceful dialogue and cooperation between peoples.

On that occasion, the authorities participating in the initiative underlined once again the essential role of Jordan as a crossroads in the Mediterranean area and as a potential centre of exchanges, services, trade and human contacts. In other words, a country whose growth cannot but benefit from a Middle East finally at peace, and from a Mediterranean where development and cooperation thrive.

Queen Rania and His Majesty Abdullah II of Jordan’s commitment to fostering all attempts to relaunch and modernize their Kingdom were deemed to be of paramount importance.

The Queen’s visit to Milan, organized by CIPMO, established a channel of collaboration and an amicable relationship between the Municipality of Milan, other organizations and institutions based in Milan, and the Kingdom of Jordan – a friendship crowned by granting Queen Raina the honorary citizenship of the City of Milan in 2005.

In 2009, Queen Rania visited Milan again, together with her husband the King of Jordan; they both met Mayor Letizia Moratti.

The materials that emerged from the 2002 meeting were subsequently collected and published in Italian and in English. 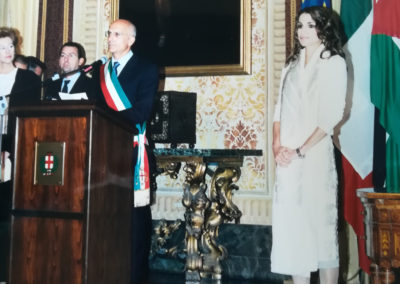 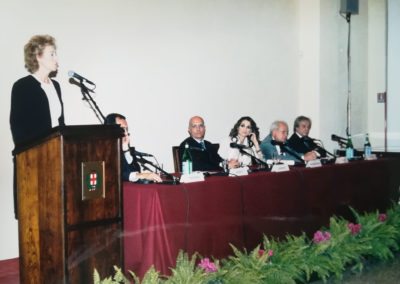 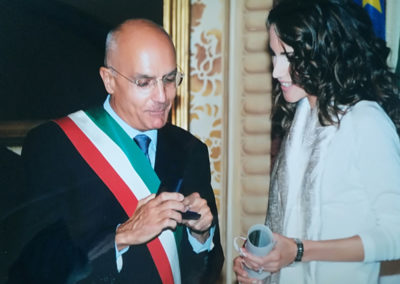 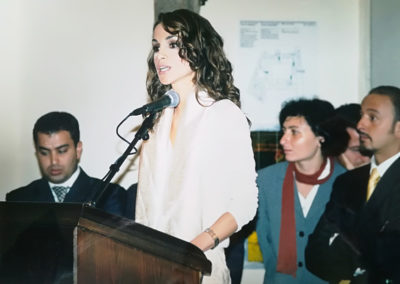 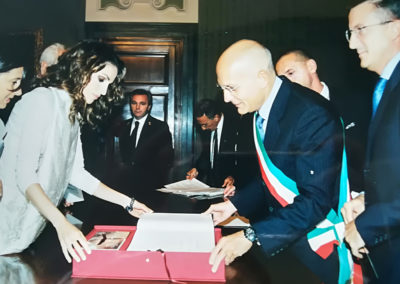