ETHNIC, LINGUISTIC, NATIONAL, AND RELIGIOUS MINORITIES IN THE MED-AFRICAN REGION

Under the High Patronage of the President of the Italian Republic

Extraordinary Commission of the Senate for Human Rights

“Ethnic and Religious Minorities in the Mediterranean”

The Italian Centre for Peace in the Middle East has already and consistently inquired the issues concerning ethnic and religious minorities living in the States of the Mediterranean area. In particular, the Centre has focused on the Muslim minority in Europe, on the occasion of the National Conferences “Islam in Europe, European Islam”, held in Milan on the 22nd – 23rd of June 2005, and “Second Generation Muslims: rights and duties of citizenship of young second generation Muslims”, held in Turin on the 1st – 2nd of December 2009.

In July 2010,  CIPMO organized, with the collaboration of the Autonomous Province of Bozen-Bolzano, a study-visit for an Israeli mixed Jewish-Arab delegation to analyze the experience of the German minority living in Italy through the comparison of its experience to that of the Israeli-Arab minority living in Israel.

The therein proposed Conference was aimed at addressing the issue in more general terms, taking its cue from the White Paper on Intercultural Dialogue “Living Together as Equals in Dignity”, launched by the Council of Europe on the 7th of May 2008.

In many southern Mediterranean countries, minorities often pre-exist the birth of national States, and are conceived as a presence to be only tolerated and controlled, as a potentially weakening element of the relatively recent State-entities. The European experience, nonetheless, even though flawed by limits and contradictions, has from time to time developed a complex and articulated approach to the issue of ethnic and religious minorities, also by adopting forms of positive actions aimed at guaranteeing and collectively protecting its minorities. Overall, in spite of problems of coexistence and integration that still exist today in the European context, it looks worthy comparing the European experience and the existing situation on the southern shore of the Mediterranean area.

The Turin National Conference, therefore, was aimed at identifying meaningful case studies, thus allowing for a more comprehensive deliberation, without attempting to address the whole of the cases of minorities living in the selected area. From a first approach, the Conference will be focused on the reality of the following minorities, belonging to the southern Mediterranean shore:  Amazaghia (Morocco, Tunisia, Libya, Mauritania and Egypt); Coptic (Egypt);  Christian (Middle East); Israeli-Arab (Israel); Armenian; Kurdish.

The Conference, organized by CIPMO in collaboration with the Extraordinary Commission for the Safeguard and Promotion of Human Rights of the Senate of Italy, will last two days and will be articulated as follows:

Ilda Curti, Councillor for the Integration Policies at Turin Municipality

Giovanni Pischedda, Head of the International Sector at the Turin Chamber of Commerce

Tullio Levi, President of the Jewish Community in Turin

5:30 p.m. Minorities in Europe and on the southern Shore of the Mediterranean

Coordinated by Janiki Cingoli, Director of CIPMO, the Italian Centre for Peace in the Middle East

Benedict Harzl, Research Associate at the Institute for Minority Rights of EURAC, the European Academy of Bozen/Bolzano

Tareq Oubrou, Grand Imam of the Mosque of Bordeaux, and President of the Association Imams de France

Stefano Dominioni, Head of Central Division in the Directorate General of Education and Languages, Culture and Heritage, Youth and Sport of the Council of Europe in Strasbourg.

Conclusions by Pietro Marcenaro, President of the Extraordinary Commission for the Safeguard and Promotion of Human Rights

Coordinated by Roberto Mazzola, Professor of Ecclesiastical Law, University of Eastern Piedmont and member of the Scientific Committee of FIERI, the International and European Forum of Research on Immigration

The Muslims in Europe: Yassin Lafram, representative of the Association Young Muslims of Italy

The Christians in the Middle East:  Andrea Pacini, Professor at the Theological Faculty of Turin

12:00 p.m. The floor is given to the candidates running for Mayors of the city of Turin: Piero Fassino and Alberto Musy

Coordinated by Giovanna Zincone, Counsellor of the President of the Italian Republic on Social Affairs, Professor of Political Sociology at the Turin University and President of FIERI, the International and European Forum of Research on Immigration

The Kurds: Oktay Ay, Researcher at the Bogazici University, Istanbul; Emin Fuat Keyman, Director of the Istanbul Policy Center at the Sabanci University of Istanbul

The Israeli-Arabs: Youssef T. Jabareen, General Director of DIRASAT, the Arab Center for Law and Policy of Nazareth; Itzhak Reiter, Specialist of the Arab minority in Israel at the Ashkelon Academic College and Hebrew University of Jerusalem

The Germans of South Tyrol: Günther Rautz, Coordinator of the Institute of Minority Rights at EURAC, the European Academy of Bozen/Bolzano; Alberto Stenico, President and Director of the Legacoopbund of Bozen/Bolzano

5:00 p.m. Conclusions by Franco Cardini, Professor of Medieval History at the University of Florence 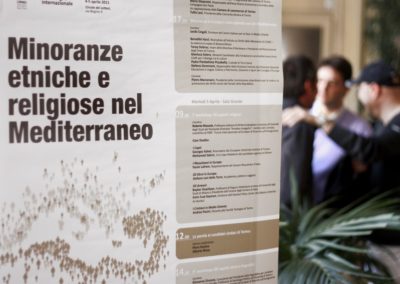 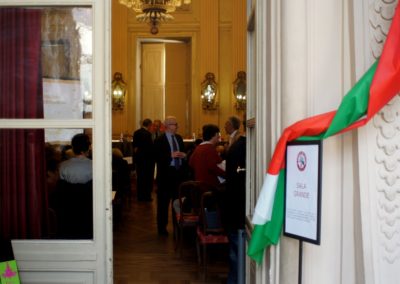 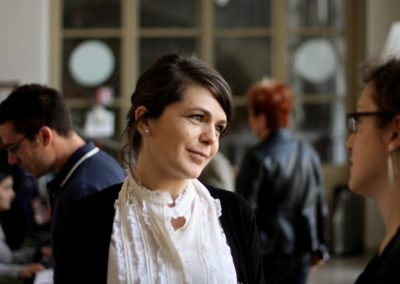 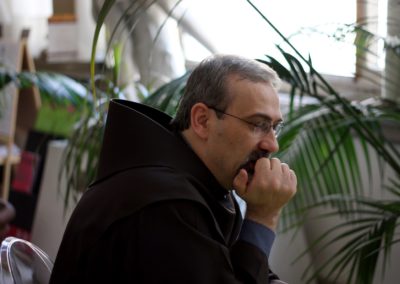 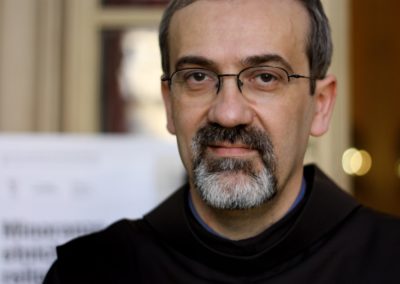 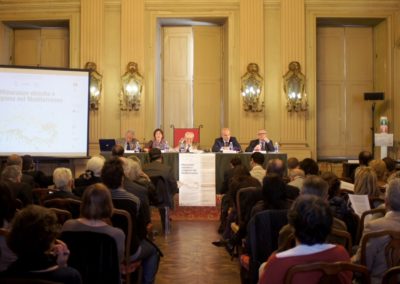 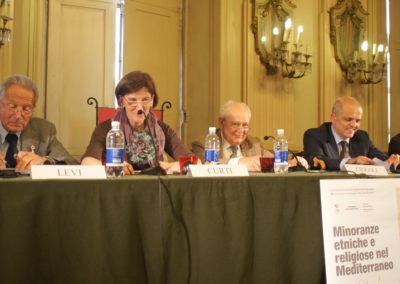 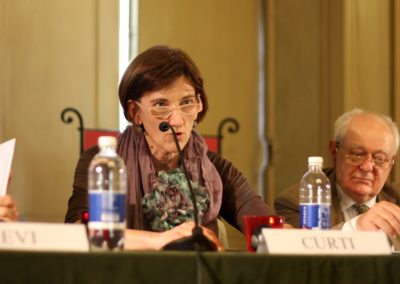 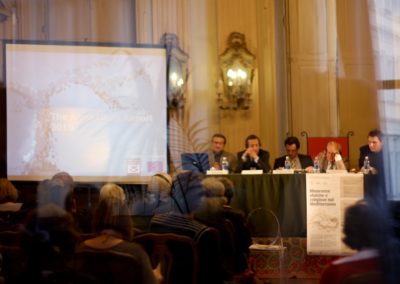 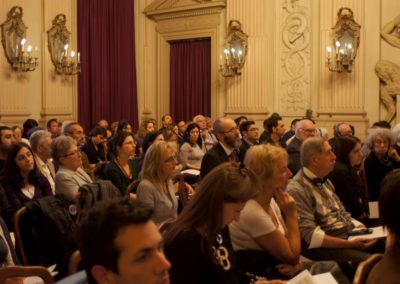 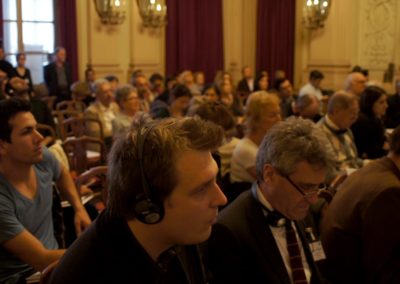 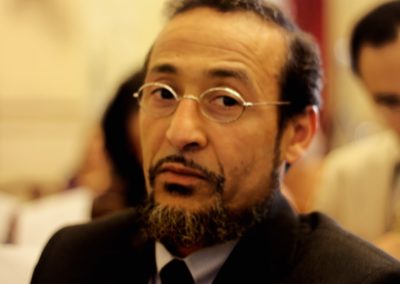 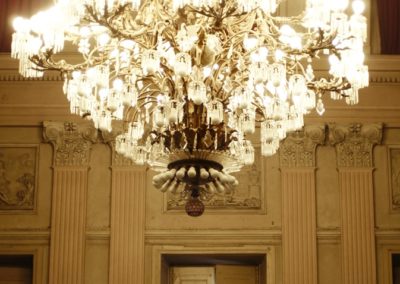 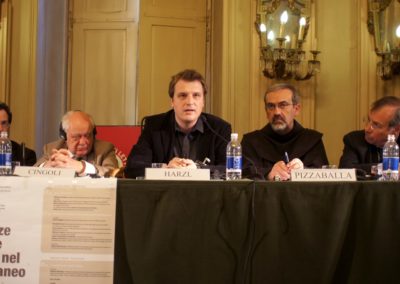 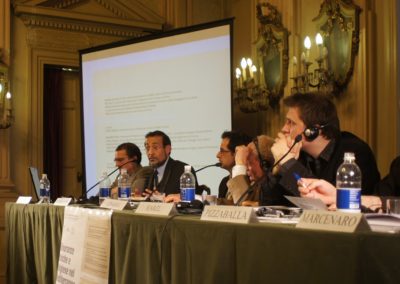 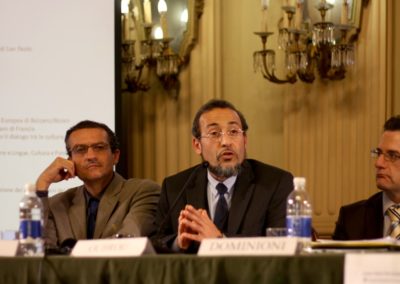 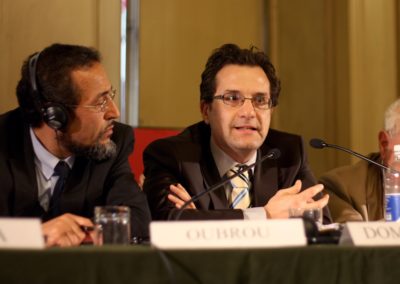 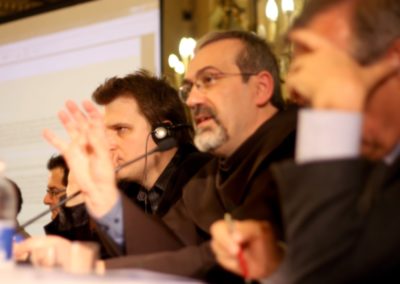 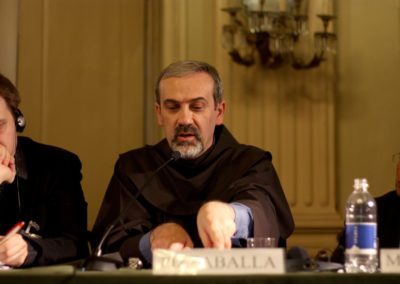 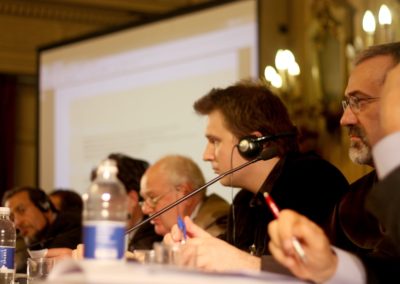