While Putin’s Russia is expanding and beefing up its presence in the Middle East, thereby becoming Syria’s patron in alliance with Iran and Turkey, Trump has announced the complete withdrawal of US troops from the country, letting the victors divide the country in zones of influence.

ISIS has been almost completely defeated and pushed back into the Syrian-Iraqi areas in which it had been established its caliphate, but now it is endeavouring to gain new strength by means of terrorist attacks in Europe, USA; Africa and in the Far East.

In the Syrian scenario, Turkey – a NATO member – has allied itself with Russia in order to have a free hand to deal with he Kurds in the north, who had been abandoned by their American ally. Turkey also purchases advanced anti-missile systems, and the two countries have been jointly carrying out the Turkish Stream natural gas pipeline project, as well as Turkey’s first nuclear power plant for energy generation.

Trump, for his part, sticks to a iron-cast alliance with Israel, Saudi Arabia, and the other major Sunni Arab countries against Iran, intensifying the contrasts between the Sunni Arab bloc and the Shiite one.

As for the Israeli-Palestinian conflict, Trump’s recognition of Jerusalem as the capital of Israel has been met with downright rejection from the Palestinians, who severed (at least officially) all diplomatic ties with the US and who are searching for new international partners willing to relaunch the peace process, from the EU to China, to India.

The truth is that the USA remains indispensable for involving Israel in any possible negotiation. The US Peace Plan announced by Trump immediately after his inauguration still looms over the region, but its actual content remains undisclosed – even though the Palestinians are rejecting that plan before seeing it, on the grounds of preliminary information provided to them by the Saudis.

To some extent, it is a sort of new bipolar logic in which Europe is caught – the latter also being internally divided and with several newly acquired members from Eastern Europe acting as ballast.

Despite this, now more than ever it is essential that the EU strengthens its presence in the Mediterranean and in the whole region, which has become an increasingly pivotal trade, energy, logistic and demographic hub – also in the light of the doubling of the Suez Canal, the launch of the new Silk Roads from China – as well as a springboard for projection in Africa.

First conference in the framework of the series of conferences “Mediterranean Paths 2018 – Turin”, promoted by CIPMO in collaboration with the Department of Law of the University of Turin, with the support of the European Commission’s Representation Office in Milan, the Turin Chamber of Commerce, Craftsmanship and Agriculture, and Fondazione CRT, and thanks to the Centre for African Studies (CSA) and to the Study Centre on International Politics (Centro Studi di Politica Internazionale – CeSPI).

Speakers:  Roberta Aluffi, Associate Professor of Comparative Legal Systems, of Islamic Law and of African Law at the department of Law of the University of Turin; Janiki Cingoli, President of the Italian Center for Peace in the Middle East (CIPMO), analyst for Huffington Post Italia and expert on Middle Eastern and Mediterranean issues; Dario Fabbri, analyst and journalist, scientific advisor and America coordinator for the Italian geopolitical periodical Limes. 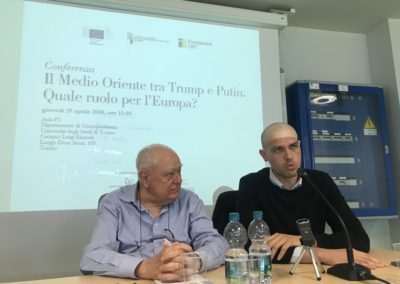 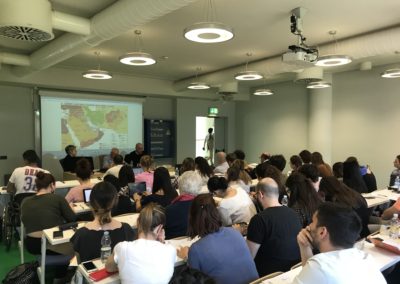 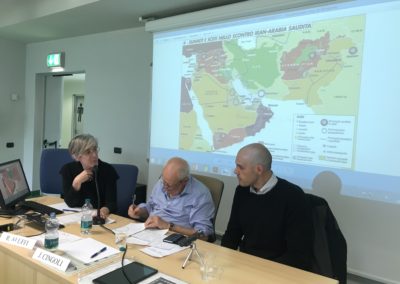 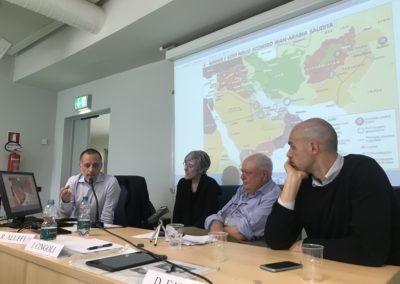