by Janiki Cingoli, President of Italian Center for Peace in the Middle East

A delegation of Jews and Arab Palestinians, all Israeli citizens, has visited Bolzano in the last few days to learn from the experience of Autonomy in Alto Adige/Südtirol (South Tyrol in English).

It may seem odd to compare the situation of the German and Ladin minorities of the Province of Bolzano – among the richest 20 regions in Europe and accounting for 0.8% of the entire Italian population – with Galilee, and more broadly with the Palestinian minority in Israel, which represents the poorest social layer of the country in spite of accounting for more than 20% of Israel’s entire population.

However, minorities in Alto Adige/Südtirol are collectively recognized as linguistic minorities under Article 6 of the Italian Constitution, as well as under the De Gasperi – Gruber Agreement signed in 1946, and under the provisions of the negotiations regarding the implementation of the Autonomy that led to the 1972 final agreement. That agreement was adopted by the United Nations Security Council after Austria had made public an “end of claims clause”, which stated that all Austrian claims regarding the issue of autonomy had been granted by Italy, and that the Austria had no other claims on that matter. This request resembles the “end of claims” put forth by Israel to the Palestinian counterparts during the negotiations that followed the Washington Agreement of September 1993. 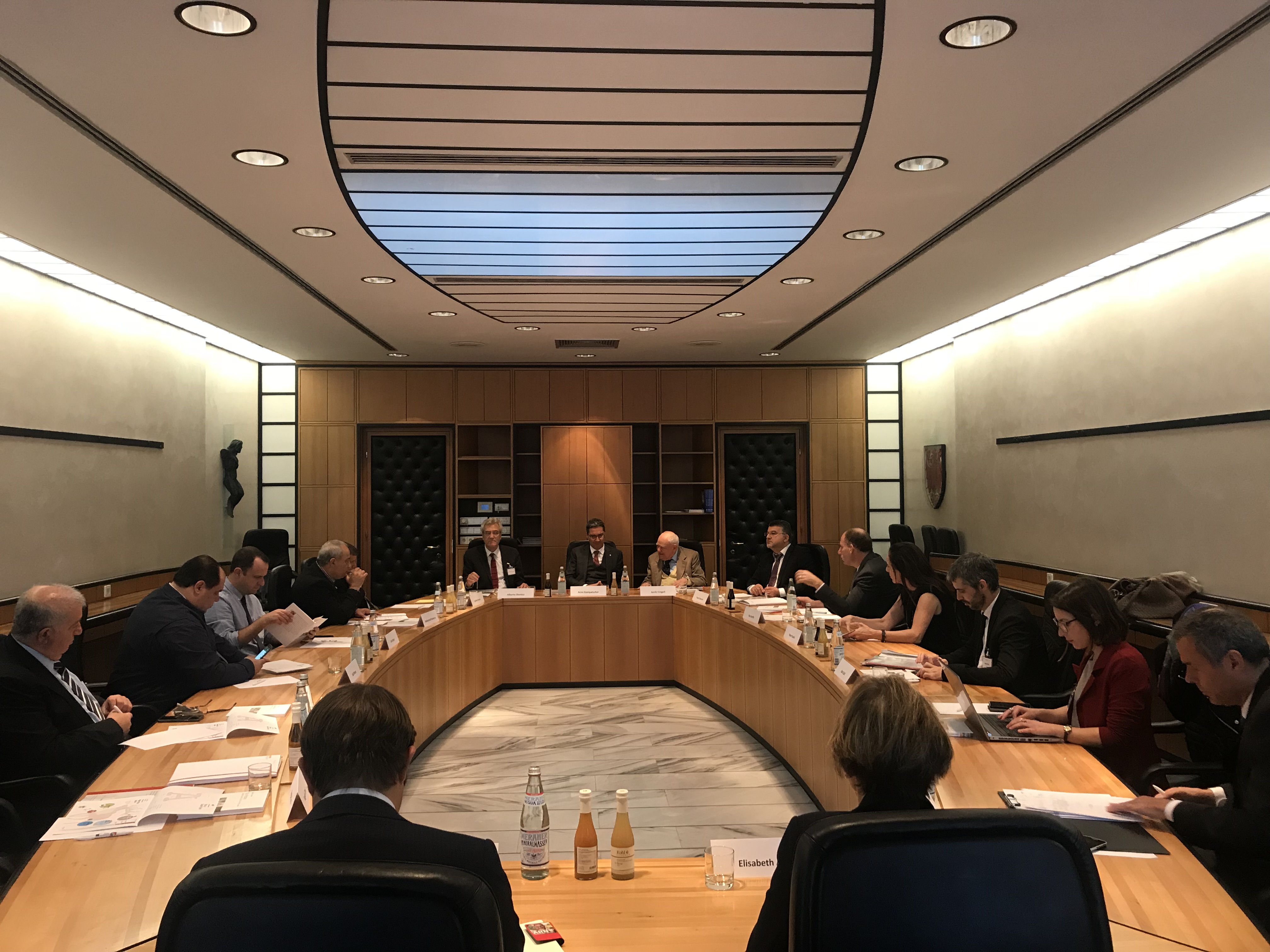 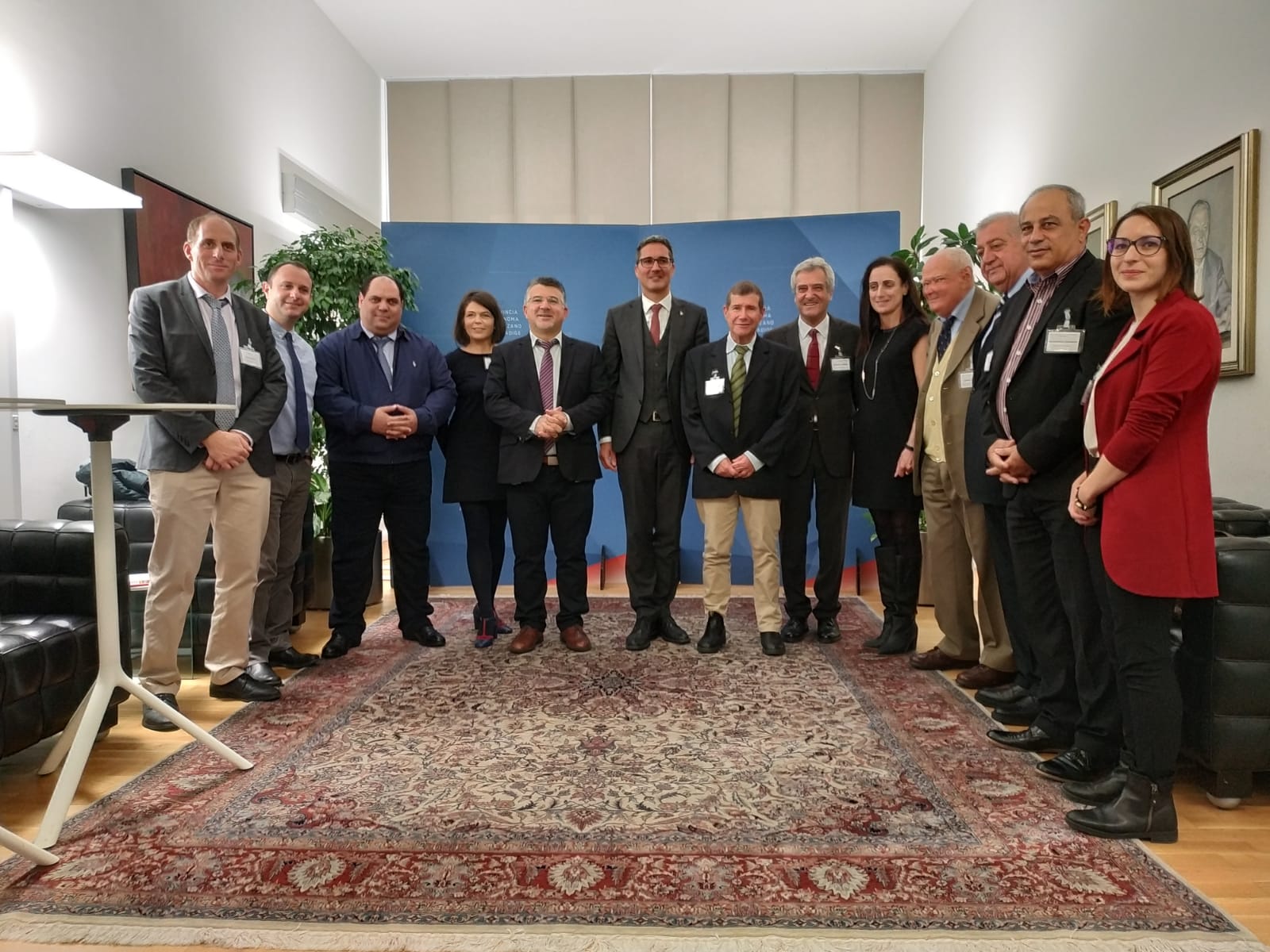 Photo: the delegation with the President of the Autonomous Province of Bolzano/Bozen, Arno Kompatscher

Minorities in Alto Adige/Südtirol are granted special positive rights aimed at protecting their condition of minority: for example, 90% of the taxes collected by the central government is given back to the province; schools are managed autonomously; minority languages enjoy the same status as the Italian language, with proportional criteria in the public service and in composition of local elective bodies; etc.

By contrast, Israeli Palestinians – although theoretically granted equal rights on the ground of their Israeli citizenship – are actually discriminated against in real life, they are not collectively recognized as a group, and they are not entitled to any positive rights. Recognizing the same rights to citizens as single individuals in not enough: the recognition of positive rights is needed so as to prevent the majority to oppress minorities, as it has recently happened in Israel with the passing of the Basic Law: Israel as the Nation-State of the Jewish People, which downgraded Arabic from second official language to “special language” and completely neglected the existence of the Palestinian, Druze and Bedouin minorities.

The delegation – promoted by ANTENNA Cipmo in collaboration with CIPMO and Eurac Research, and with the Entrepreneurs’ Association of Bolzano – was headed by two Members of Knesset, Eyal Ben-Reuven (Jew) and Yousef Jabareen (Arab Palestinian), and comprised civil society exponents, who made important agreements in the field of tourism, medical services, and cooperation between research centres and industrial parks.

During a previous mission to Israel, which had taken place in January 2018, it was noted that the divisions between the Jewish majority and the Palestinian minority has increasingly widened on the political level (and notably after the passing of the Nation-State Bill), and so did the tensions within the Joint Arab List, which is in control of 13 seats in the Knesset (out of a total of 120 parliamentary seats).

However, on the civil society level in general – and among the young generation aged 20-50 in particular –, positions are more complex and less categorical.  Although they all keep on calling for measures aimed at safeguarding and protecting their Israeli-Palestinian identity, and although they show solidarity with the broader fight of the Palestinian people for the establishment of their own State, they feel at the same time undeniably rooted in Israel’s society. They have an indescribable demand for (and a commitment to) economic and social promotion, particularly in the scientific and social sector. Families invest their money in their children’s education, also managing to enrol them at American or European universities. Today, 30% of Israeli doctors are Palestinians, and the same ratio applies to engineers, to the whole high-tech sector, and to tourism.

At present, Galilee is Israel’s most promising area in terms of development, given its high levels of education.

By and large, I believe we could safely say that this is the only dynamic region of the Palestinian people (an area where Arab Palestinians account for 20% of the population), whilst the West Bank and Gaza are blocked by the mired negotiation process and the recurring crises that break out near the Strip borders. The Israeli government, for its part, tends to implement a twofold policy: concessions on the economic field (such as the extraordinary funding plan for Arab municipalities) and a regression in terms of human and identity rights.

Photo: Arno Kompatscher, President of the Autonomous Province of Bolzano/Bozen, meets the delegation to present the model of Autonomy.

The aim of the mission to Bolzano/Bozen was to build a network for equal, peer-to-peer and mutually beneficial collaboration between the two regions (i.e. the Autonomous province of Bolzano/Bozen and Galilee). Such collaboration does not adopt an aid-oriented approach, but rather it is based on an actual partnership between the parties. The most promising sectors of collaboration have already been identified and agreed upon: cooperation between research centres and industrial parks; medical services and healthcare; the creation of a Nazareth and/or Galilee territory trademark. On the latter issue, a decision will be made during the next (already planned) mission of South-Tyrolean experts to Nazareth.

With respect to this, Province of Bolzano has played (and will play) an essential role in supporting the establishment of a permanent Mediterranean Platform, based on collaboration between the above-mentioned organisations and the local association of entrepreneurs.

The president of the Province, Arno Kompatscher, has met the delegation several times, giving proof of a remarkable willingness to listen and of an understanding that struck all participants. He fully supported the creation of a Mediterranean Platform and endorsed the development of such de-centralised form of cooperation between the Province of Bolzano/Bozen, Israel, and particularly Galilea.

NOTES ABOUT THE AUTHOR

Janiki Cingoli has dealt with international issues since 1975. Since 1982 he has begun to deal with the Israeli-Palestinian conflict, promoting the first occasions in Italy for dialogue between Israelis and Palestinians and in 1989 he founded in Milan the Italian Center for Peace in the Middle East (CIPMO), which has since directed until 2017 when he was elected President.

Read all the EDITORIALS

Israel and Hamas reach an agreement on ceasefire in Gaza

Gaza, the Three Men Deciding on Peace or War

Participants in the program, which is run jointly with the Israel Innovation Authority, undergo months of full-stack development boot camp and then pledge to stay in Israel's workforce for two years