A Changing Middle East: The Restructuring of International Relations and the Crisis Hotspots.

Changes in the Middle East are in full swing: old and new regional powers face themselves, from Iran to Saudi Arabia, from Egypt to Turkey, while the United States are withdrawing from the region and Russia is asserting its presence. In this context, old conflicts such as the Israeli-Palestinian one gather new momentum, whilst new ones break out, e.g. those ignited by ISIS ambitions of founding a modern-age caliphate. Europe, which could find some new room for manoeuvre, finds itself in a delicate situation whose developments are all but certain.

The conference was structured in two different panels. The first was chaired by Sergio Romano, columnist for the Il Sole 24 Ore, and mainly focussed on the regional level as well as the possible developments and the restoration of the international relations of the region. The second panel, chaired by Alberto Negri, special correspondent for Il Sole 24 Ore, discussed different crisis hotspots.

At the end of the initiative, Alberto Negri presented the DocuFilm “Terre d’Islam – Storie delle rivolte arabe” (Islam Lands – Stories from the Arab Revolts), directed by Italo Spinelli and Alberto Negri; then the very first projection of the docufilm took place.

The film highlights a crucial element of connection in the transition from the old rais regimes that had been overthrown to the ensuing developments, and to the events following the protests and the coup d’état in Egypt, with which the Islam Brotherhood government was brought down. Through the voices of its main characters, the DocuFilm aims at narrating the history of the 2011 Arab revolts also by making references to the different stages of political Islam, its success and its failures, while attempting to foresee future developments.

The conference was promoted by CIPMO in collaboration with the European Council on Foreign Relations (ECFR), with the support of the Ministry of Foreign Affairs and international Cooperation, of the Municipality of Milan, of the Milan Chamber of Commerce, and of Fondazione Cariplo.

Federico Maria Bega, Strategic Areas Executive at Promos – Milan Chamber of Commerce; Marzio Ferrario, provincial council member in charge of  shareholding, international relations, integration policies and youth policies at the Province of Milan; Andrea Fanzago, Vice President of the Milan town council; Sergio Romano, columnist for Corriere della Sera; Olivier Roy, Director of the Mediterranean Programme at the Robert Schuman Centre for Advanced Studies at the European University Institute of Florence; Heliodoro Temprano Arroyo, Head of the Neighbourhood Countries and Macro-Financial Assistance Unit at the Directorate General of Economic and Financial Affair of the European Commission; Alberto Negri, special correspondent for Il Sole 24 Ore; Riccardo Redaelli, Full Professor of Geopolitics and of Asian History and Institutions at the Faculty of Political and social Sciences at the Catholic University of the Sacred Heart, Director of the Center of Research on the Southern System and the Wider Mediterranean (CRiSSMA); Valeria Giannotta, Assistant Professor at the Business School of the Türk Hava Kurum Üniversitesi / The Turkish Aeronautical Association in Ankara; Janiki Cingoli, Director of the Italian Center for Peace in the Middle East (CIPMO). 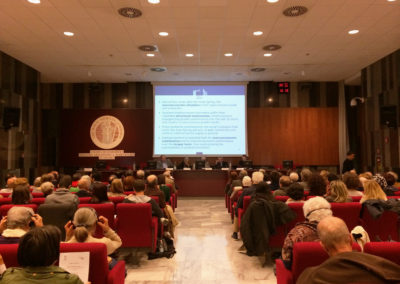 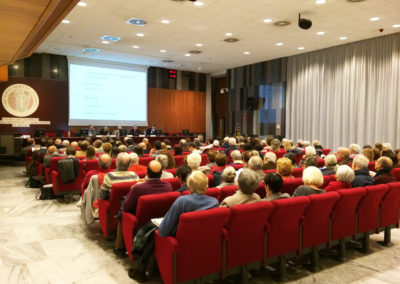 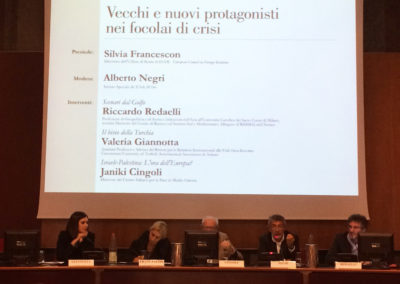 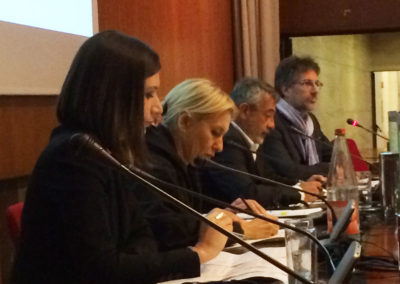 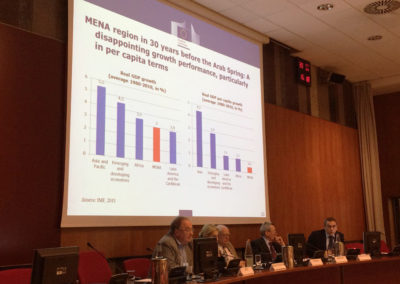 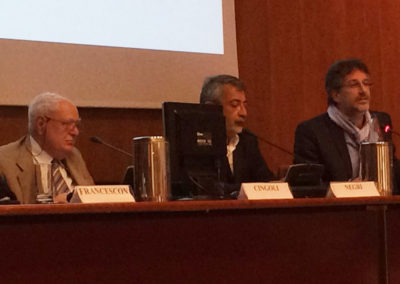 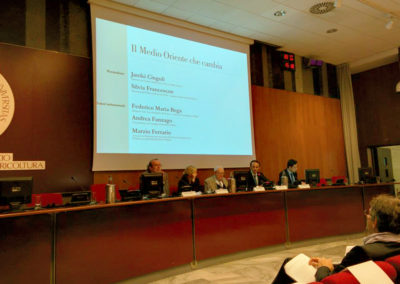